Taking a Look at Casinos in France 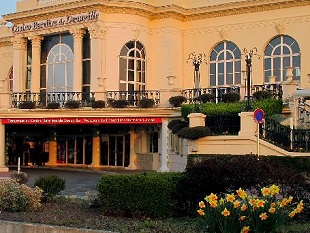 Casinos in France have a very long history, and have shaped many of the casino games and rules that we know today. Roulette is a French game, and it was in France that the Queen replaced the Nobleman in the deck of cards. The first form of gambling in the country came in the form of a lottery in the 15th century, the proceeds of which was used to build state buildings such as hospitals and churches. Te first types of casinos in France appeared in the 17th century. This became a craze, with hotels starting to offer gaming rooms, which housed card games and the new fangled game Roulette, which means Little Wheel.

The popularity of casinos in France was such that new laws in favour of the past time were drafted, much to the dismay of many in the church. The adverse affects of gambling on the poor and even the rich was well documented but generally ignored. In 1907 French law legalized gaming circles and casinos on Spa towns and resorts, with a progressive levy on revenue of course. In the 1960’s American games such as Blackjack and Craps were legalized to be played as well, further increasing the income. In the 1980’s two very important laws were passed, one that allowed modern casinos to be built in cities that had over 500 000 inhabitants, and slot machines to be allowed in casinos only.

This revitalized a steadily declining interest in casinos and has led to an increase in popularity and turn over in casinos in France today. Online casinos in France are legal to a certain extent. Normal casino games are not legal, but poker is, as it is a game of skill and not pure chance. Sports betting is legal as is online horse race betting.

Casino Barriere Deauville and Hotels is one of the most impressive casinos in Europe. Located in Deauville’s beachfront, which is one of Frances most prestigious resort towns, the casino and hotel was inaugurated in 1912, making it one of the most established in the area. The casino building is a massive edifice full of chandeliers, marble staircases, gilt and moulded ceilings.

The gaming floor itself holds over 400 slots and other gaming machines, as well as a number of gaming tables where you can pay the classic French Roulette, Blackjack, Boule, Punto Banco, and various forms of Poker. The complex also has a night club, a number of bars, a golf course, and two auditoriums. There are of course numerous fine dining restaurants that offer spectacular French cuisine, and even a few quick bite cafes for those who don’t want to take a break from their gaming.

This casino is located in the beautiful province of Nice, and is housed in a gorgeous old art deco building. It offers roulette, blackjack and 200 slot machines. Two restaurants offer fine dining or something quicker.

Casino Partouche d’Evaux-les-Bains is the only casino or gaming house in the region of Limousin. Set in a colonial building with a rich history, this casino offer a number of modern slot machines, many of which are progressive. Table games are of course also on offer, with a range starting with French Roulette and ending with Punto Banco. The casino regularly puts on live entertainment such as concerts or acts and tournaments which are open to everyone are regularly held. The single on site restaurant is fine dining al la carte, specialising in French cuisine.